A stay in Tortoreto is also an opportunity to immerse yourself in the landscapes, culture and history of the hinterland. Abruzzo, a strong and wild but at the same time gentle land, offers tourists real historical and naturalistic monuments.

The city of Teramo has very ancient origins, it was the capital of the Praetotium, the name given to the surrounding area under Roman rule. Under the dominion of the Emperors Augustus and Hadrian it lived a golden period of which the baths, the theater, the amphitheater and other monuments submerged by the new city were witness. During the 1400s it was torn apart by the struggles between the families of the Melatini, Antonelli, Spennati and Mazzaclocchi. It then passed under Francesco Sforza and Alfonso of Aragon. In 1798 it passed to the French until 1815 when it returned under the Spaniards to then follow the history and fate of the south. 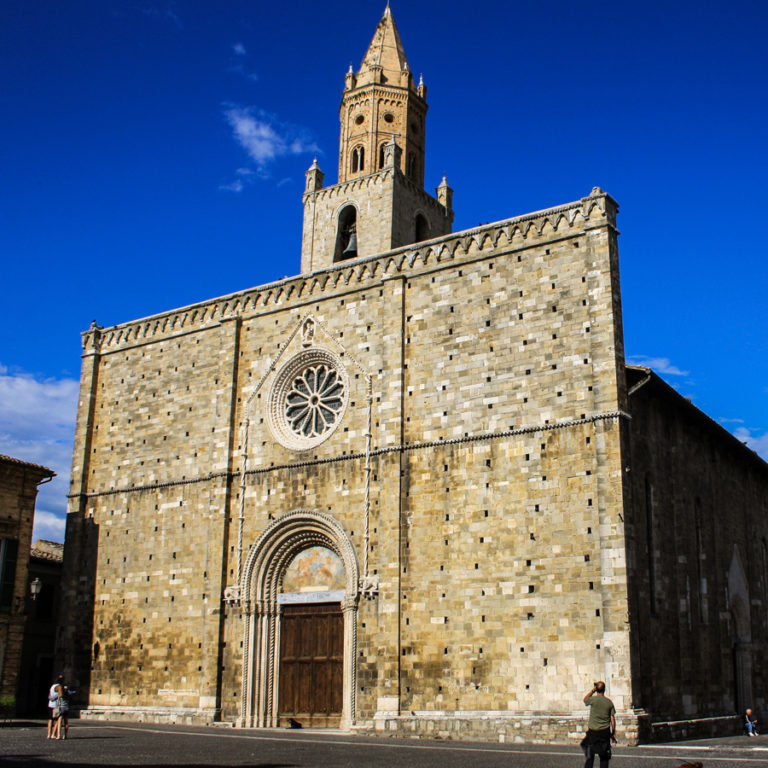 Atri was a city of great prestige in the ancient world, since the 11th and 12th centuries BC It was the only city on the Adriatic coast to mint coins before Rome, as well as an important center of trade, thanks to its port on the Adriatic, from here the thesis that the name of the sea itself derives from the ancient Hatria. In Roman times he fought alongside Rome in the wars against Hannibal. The city experienced its period of maximum splendor with the Dukes of Acquaviva. The glorious past of Atri is testified by the archaeological finds scattered throughout the surrounding area. 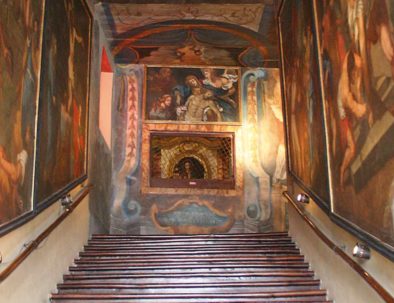 Campli is located on a hill between the valleys of the Fiumicino and Siccagno streams. Rich in architectural monuments that make it a real city of art, Campli is home to a section of the National Archaeological Museum which houses the remains of the Necropolis of Campovalano. A beautiful example of medieval architecture is the Parliamentary Palace which later became Farnese, located in front of the Cathedral of S. Maria in Platea from 1300, which has a Romanesque bell tower. The Scala Santa is also famous, so called because, after 1776, the custom of granting the indulgence to those who walked it on their knees spread. 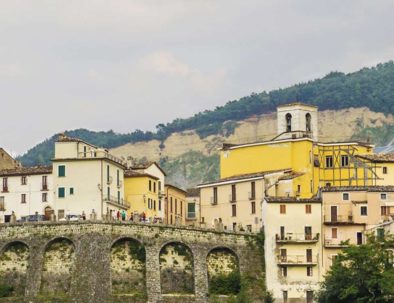 Located just below the peaks of Mount Shirt, Castelli is one of the most important destinations of Abruzzo tourism. It is home to famous ceramic masters who served the kings of Naples and the princely houses of Rome. Known above all for its artisan workshops, Castelli has been renamed the "city of ceramics" and owes its fame to this art, whose origins date back to around the 13th century. Since then, this very fine art has been handed down from father to son in the small but characteristic village at the foot of the Gran Sasso. 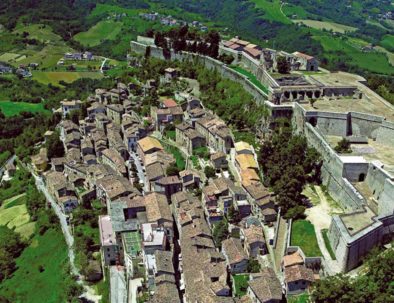 The fortress of Civitella del Tronto is one of the most impressive military engineering works in Italy: it extends, in fact, for more than five hundred meters in length on a rocky ridge. All its bright history is linked to the strategic position it had, for a few centuries, as a stronghold of garrison of the northern borders of the various Neapolitan realms. The fortress and the connected village suffered more sieges but what most went down in history is the unfortunate defense sustained against the Piedmontese Sardinian army in 1860/61, which ended with the surrender on March 20, 1861, the very last Bourbon stronghold to bow to the nascent unity. of Italy.

Through the millennia, Abruzzo’s religiosity has concretized the expressions of devotion in some great sanctuaries. The first, where over two million faithful come every year, is located at the foot of the Gran Sasso and is dedicated to a young Passionist saint.

Its name is San Gabriele dell’Addolorata. The fame of San Gabriel exploded in 1892 when his mortal remains were exhumed and the first sensational miracles occurred on his tomb. In 1920 he was proclaimed a saint and in 1959 Pope John XXIII declared him patron saint of Abruzzo. 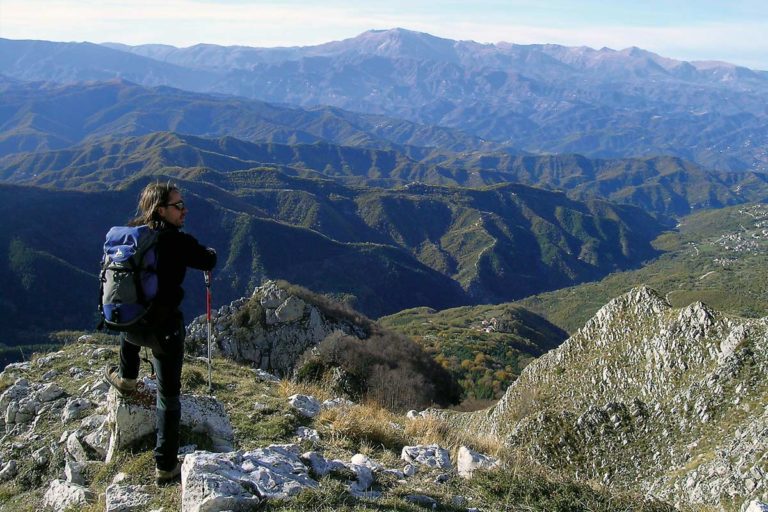 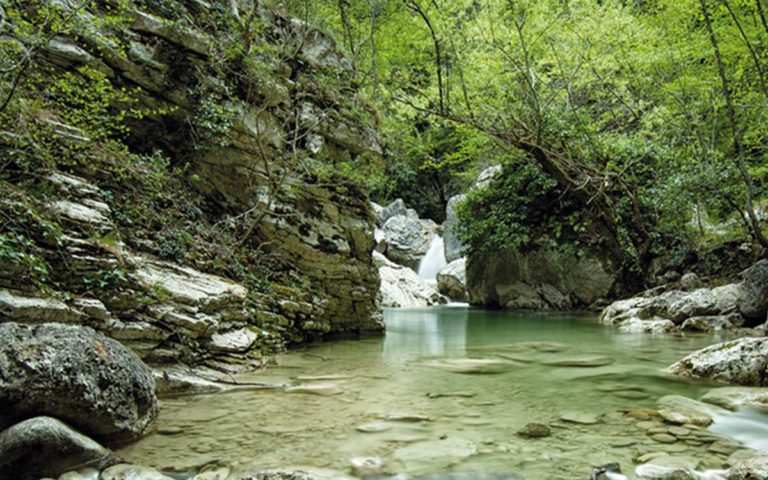 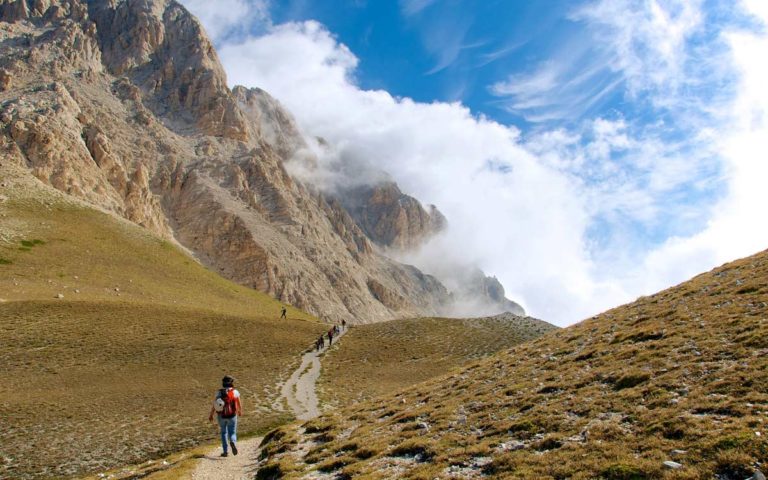